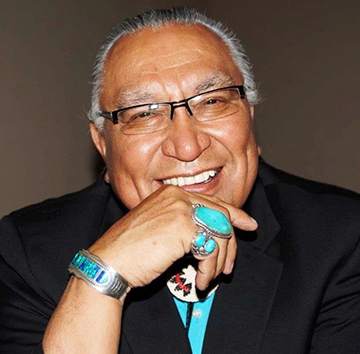 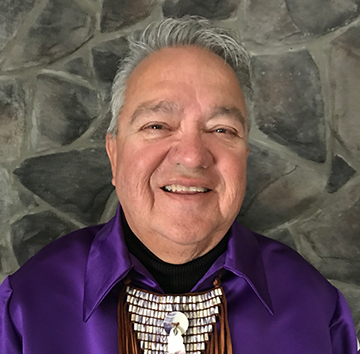 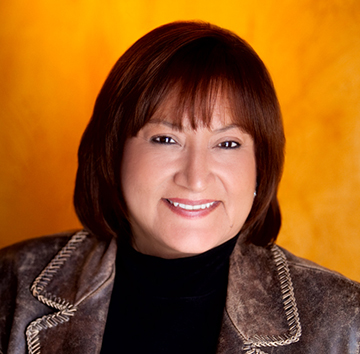 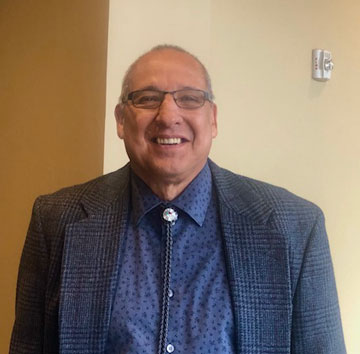 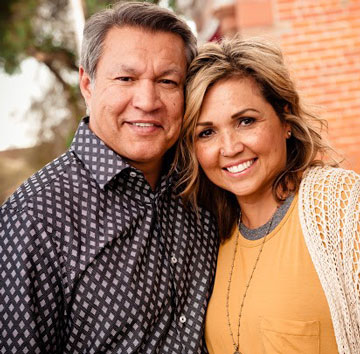 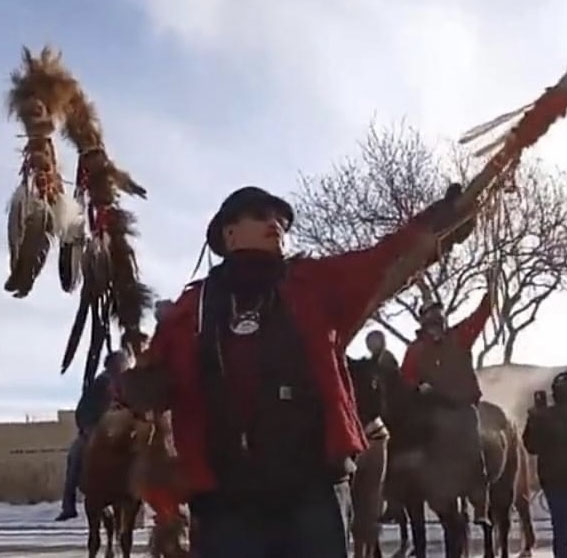 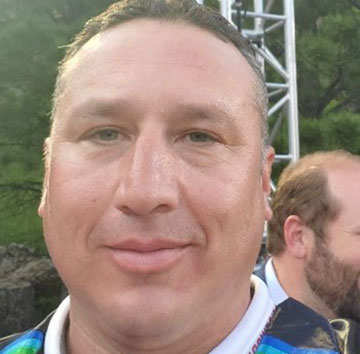 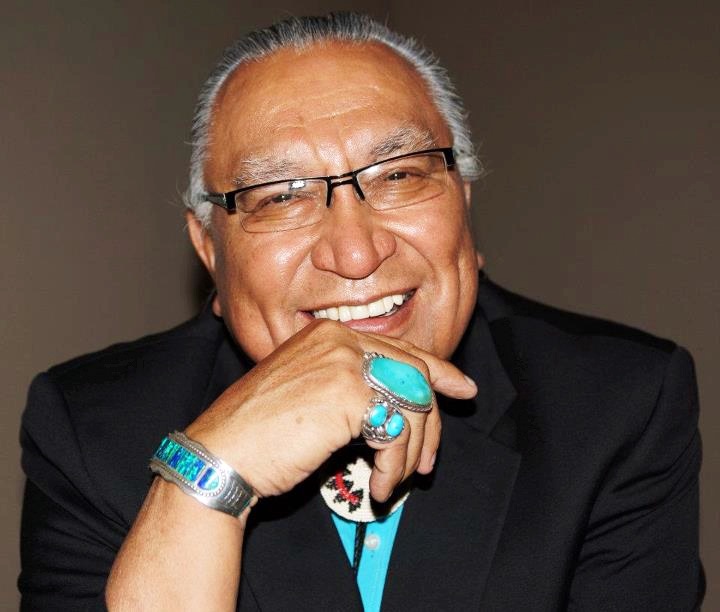 Born November 7, 1949, Dr. Negiel Bigpond is a full-blood member of the Euchee (Yuchi) Indian Tribe. Dr. Bigpond is a fourth generation minister of the gospel. He and wife, of 41 years, Jan have been blessed with three children, two sons-in-law, one daughter-in-law, and six wonderful grandchildren.

Having been in ministry for over 30 years as both an evangelist and a pastor, Dr. Bigpond has been fortunate enough to share the gospel with the people of over 140 native reservations. He is currently serving as Apostle of Morning Star Church of All Nations. Dr. Bigpond is a certified drug and alcohol abuse counselor; as well as, an accomplished musician and singer.

Dr. Bigpond played an active role in the development of a joint resolution of apology to Native peoples for ill-conceived policies by the U.S. government regarding Indian Tribes; frequently traveling to Washington D.C. to work with Senator Sam Brownback (Ret.) of Kansas. In light of his tireless work with the resolution, Charisma Magazine named Dr. Bigpond one of the Ten Most Influential Christian Leaders of 2006. His works include his involvement with Native America Justice Gate East of the Mississippi; which deals with land reconciliation in the eastern states. He has graciously received various keys to cities and proclamations from governors and mayors for his works. Dr. Bigpond provides an apostolic covering for many ministries as a member of C. Peter Wagner’s International Coalition of Apostles; and is also on the boards of the following ministries:

The Oak Initiative- James Goll, Chairman, Dr. Bigpond has traveled worldwide, evangelizing and representing Christian Native Americans. Inspired by his involvement in Heartland Apostolic Prayer Network, he followed God’s direction and founded the Native American Circle of Prayer. NACOP establishes prayer teams who are skilled in spiritual warfare and intercession for the Native people and issues that concern them. Out of this, God gave him Spirit Wind, which is an annual prayer day originating on the focus of the Five Civilized Tribes. Since its founding, it has branched out to include several other Native American Tribes.

God has also blessed Dr. Bigpond with the vision of Two Rivers Native American Training Center, for which he is the president and co-founder. The training center is a Christian military training base camp for the purpose of dealing with occult and territorial enemy strongholds on the reservations, and throughout the U.S.

Dr. Bigpond is host of The Gathering Place on Tulsa, OK channel CW 12/19 and God’s Learning Channel, Midland, TX; and is frequently featured on Light of the Southwest on GLC, Midland, TX. He teaches extensively about land issues and reconciliation. Dr. Bigpond has also published his first book and accompanying workbook titled, Women Warriors. 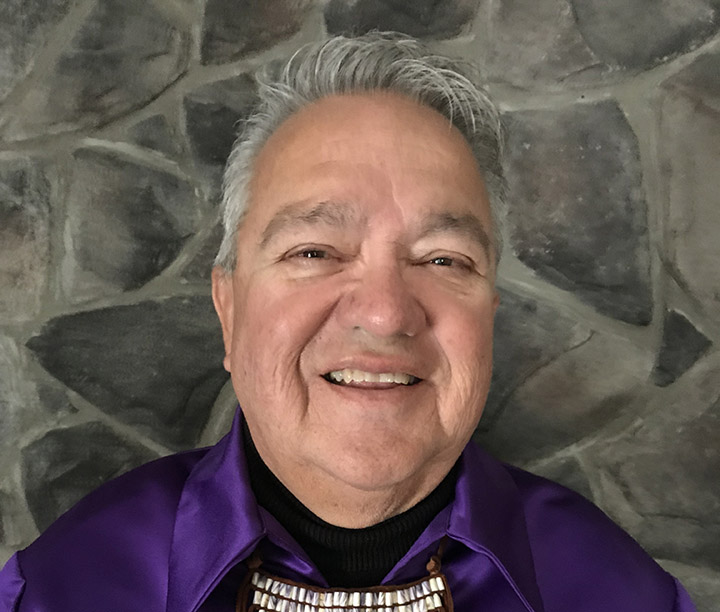 Willie is senior pastor and co-founder along with his wife Sandy, of New Life Christian Church located on the Mohawk territory of Akwesasne in Northern New York state and Canada. Willie is a member of the Mohawk Nation of the Six Nations Iroquois Confederacy and has a heart to see life giving healing centers established on all Iroquois territories, as well as other indigenous settings. Willie and Sandy are part of a First Nations Strategic Warfare Team endeavoring to link up with the church at large to accomplish healing through the power of forgiveness. 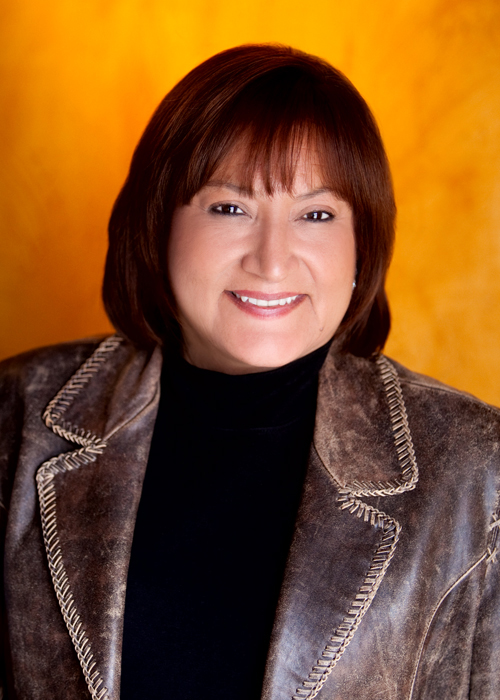 Martha Schmitt is an intercessor and has been called to reach Native Americans to come into their full destiny, awareness and spirituality for the Kingdom of God. She is involved with God’s ER (deliverance/emotional/healing) ministry at Victory Christian Center in Tulsa, OK.

She has participated in strategic prayer walks in Washington DC.  Martha and her husband, David, sponsors the “The Redeemed Children Home” in Yangon, Myanmar. 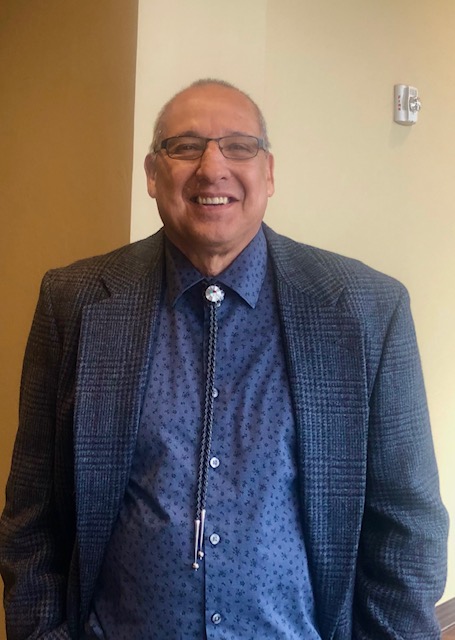 Randy is the Pastor of About the Fathers Business Ministries out of Tishomingo, Oklahoma.  Randy and his wife, Nancy started a ministry that consist of feeding within the community, providing warm wear, (coats & blankets) to those in need. Also, visiting those that may be incarcerated.

They started a back to school project called “Back to School Bash” of Preaching and Teaching the Gospel of Jesus Christ which provided backpacks, food and a clothing give away for children.

Randy is also the Chaplain of the Chickasaw Nation Medical Center, where he sees to the needs of patients and many family members within the Chickasaw community, he is also the Customer Relations Manager overseeing Hospitality, the Gift Shop, and the front entry desk to the hospital clinics.

Randy and Nancy helped set in place the Chickasaw Nation Day of Prayer held every August and works with the Inter-Tribal Day of Prayer scheduled every November.

Nancy is survived by her husband, Randy and their three children, a son and two daughters and eight grandchildren. 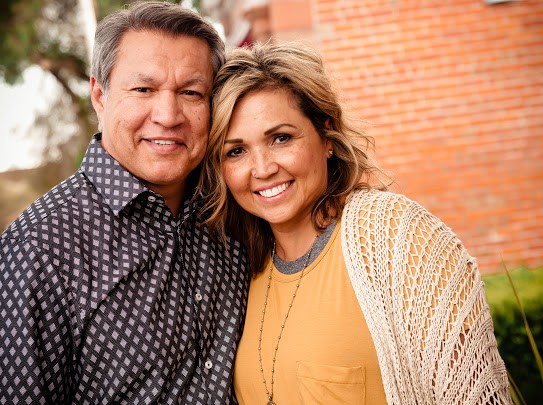 Dobie Weasel is the President of Life Tribe. A ministry dedicated to reaching every Native home in North America with the gospel of Jesus Christ, through the seven mountains of culture. Until recently, Dobie and his wife Jamie were church planters, planting Life Church in Omaha Nebraska. In 2017 they transitioned from lead pastors to Apostolic elders of that fellowship. Now Dobie and Jamie travel in apostolic ministry seeking to establish Life Tribe in this new season. Dobie has ministered as church planter, pastor, evangelist, camp meeting and conference speaker. He has also had the unique privilege of serving as a board member and speaker of Promise Keepers, an international men’s ministry dedicated to reaching men for Christ. . His animated style of presenting the gospel coupled with his unique sense of humor has endeared him to many throughout the years. He and Jamie are parents to John, Jacob, and Jordan, and grandparents of nine.

Dobie also serves as the President of Native Excellence Resources, a company committed to the development of excellence in the Native community.

Todd “PapaBear” Finney is of Oglala Lakota & Whapekute descent both of the Dakota Oyate or Oceti Sakowin known by most as The Great Sioux Nation. He is the one of the recognized voices of the Oceti Sakowin (The Council of Seven Fires), and has been involved with and a spokesman for the 1st Leonard Peletier Freedom Ride, The Dakota Exile Ride, and The Dakota 38+2 Wokiksuye Ride. He has been an advocate for human rights and MMIW. His outreach Streets of Hope Outreach has served the city of Minneapolis for over a decade now, culminating in being in the center of the Minneapolis Riots, even sitting on the top of one of their buildings and praying and singing through the night so that one of their outreach buildings (4 blocks from the center of the riots) wouldn‘t burn. and also being a large part of the rebuilding and outreach that has been going on since. He is also an accomplished singer songwriter who uses his music to address social issues and lead others to God.

His hope for the future is contained in one of Crazy Horse’s Prophecy:

Upon suffering beyond suffering; the Red Nation shall rise again and it shall be a blessing for a sick world.
A world filled with broken promises, selfishness and separations.
A world longing for light again.
I see a time of seven generations when all the colors of mankind will gather under the sacred Tree of Life and the whole Earth will become one circle again.
In that day there will be those among the Lakota who will carry knowledge and understanding of unity among all living things, and the young white ones will come to those of my people and ask for this wisdom.
I salute the light within your eyes where the whole universe dwells.
For when you are at that center within you and I am in that place within me, we shall be as one. 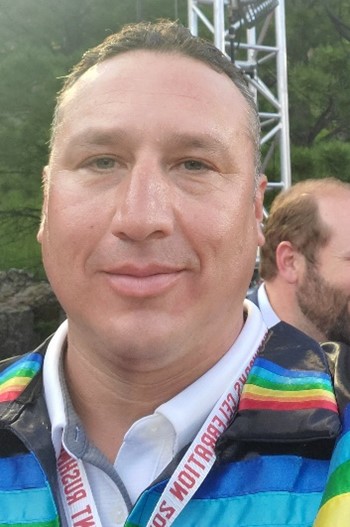 Joe Donnell is the founder and CEO of Warriors Circle Ministry dedicated to developing Kingdom leaders among First Nations people. Joe has an earned Master’s Degree in Theology from Continental Theological Seminary in Brussels Belgium. Much of his time is spent networking and bringing people together to bring forth transformation in Native Communities. From 2004-2015 Joe worked with a leadership development organization focused on raising up First Nations youth. In 2014 Joe started Warriors Circle Training Center which was a whole person model of discipleship. Joe specializes in leading people through inner healing and deliverance and does teaching on winning spiritual battles that keeping First Nations people in bondage. Joe has more recently been engaged in working with prayer networks and Government leaders to build up a wall of intercession to birth real and lasting transformations for the tribes, USA, and Canada.